On Leadership. How not to do it.

"Boris and the Media"by davesandford is licensed under CC BY-NC 2.0 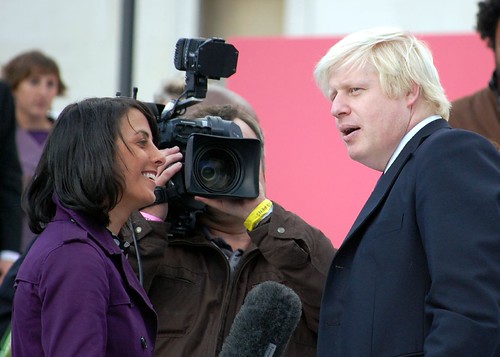 The three large domains of leadership are Business, Military and Politics. Let's look at a recent, globally relevant, example of political leadership. Boris Johnson has won the race for the leadership of the UK conservative party and is the new Prime Minister of the UK. In this opening speech, he states that het wants to do three things: deliver Brexit, unite the UK and defeat Corbyn.

Let that sink for a while... Unite the country and defeat Labour...

While Johnson did make an effort (all be it overly theatrical) to reconcile with Jeremy Hunt, the point of defeating Corbyn conflicts with his goal to unite the UK. If you have three items on your mind, and one of them is to defeat Corbyn, there is very little chance that the country will be united or that Brexit will be delivered.

In leadership, it works to have one — ONE — goal. And as a means to that goal, unite people towards that goal.

Unite people, unite YOUR people and unite THE people towards that goal. While the strategy of uniting against an external enemy has proven successful, it does not apply here. First of all, it is just a strategy rather than a pursuit of a true mission. Second, this is not an external enemy, but an enemy within. Corbyn is a UK citizen and an MP, and his supporters are citizens too. By declaring war on Labour, Johnson effectively alienates all Labour MPs and Labour voters. This severely jeopardises his first two goals of delivering Brexit and uniting the country.

Leaders should unite people towards one goal.