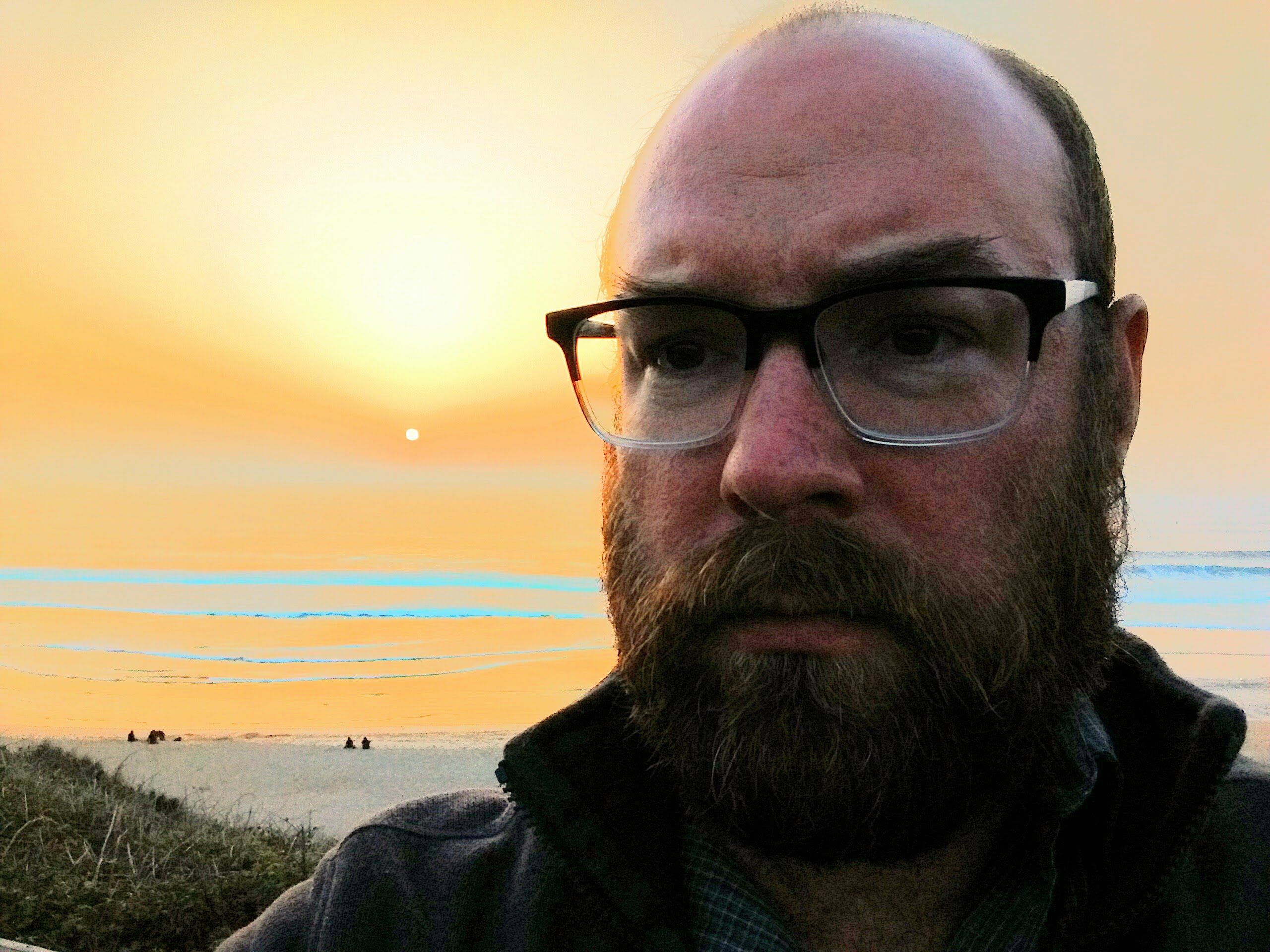 A few weeks ago I walked on the Camino del Norte, heading towards the monastery of Laredo.

Two years earlier, it was on the same path, the way between Irun and Santiago that my life broke into two halves. In the first half I did things that were expected of me. I grew up to adulthood, got a degree, founded a company, and saw the birth of three lovely children. I started the second half of my life by leaving the long term relationship with their mother. I also left some possessions, relationships and false beliefs... I marked this new beginning by getting a Tattoo on each of my calves. Other than that, mostly I'm still figuring out where I'm going.

On this latest trip, I came across this other pilgrim, a German woman who walked the Camino for a specific reason. We shared our stories. Her husband had left her a few months earlier, after 25 years. She decided to walk to Santiago to find peace and meaning. We were like mirror images, each feeling our own pain. She was a religious studies teacher, who found comfort with God. I'm an engineer and a melancholic atheist. She had been left alone, in surprise, willing to keep working on her relationship. I had been the one deciding to leave.

We knew that even though our stories seemed at the surface to be opposite, our suffering was very similar. And so was our strength. We both knew that we would find peace again, that the hurt would become bearable again... eventually.

We sat face to face in the monastery's dining hall, listening to each other's stories. Even though we were surrounded by dozens of strangers, I made no effort to hold back my tears. I have held back my tears way too often in the past. My tears don't mean that I need comforting, they don't solicit pity. My tears show my willingness to connect to the person in front of me. My tears are not a sign of weakness, rather of strength. They show that I own my grief. They show that I take responsibility for my choices, for my emotions, for my actions and for the consequences. They show that I'm strong enough to face rather than ignore the daemons, all of them, one by one. That I'm brave enough to face the judgement of anybody who sees my tears. And they show that I'm human enough to care.